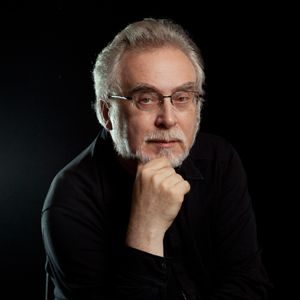 Boris Petrushansky was born in Moscow in 1949 to a family of musicians. Trained at the Central School of Music of the Moscow State Tchaikovsky Conservatoire (class of Heinrich Neuhaus) and was subsequently a student and postgraduate student at the Conservatoire itself (class of Lev Naumov).

Since 1990 has taught at the Accademia Pianistica in Imola (Italy) and gives master-classes in Great Britain, Ireland, the USA, Germany, Poland, Japan, South Korea and Israel. Gives recitals at major concert halls in Russia, Europe, America and the Near and Far East.

His discography includes recordings of works by Brahms, Shostakovich, Stravinsky, Liszt, Chopin, Schumann, Schubert, Prokofiev, Schnittke, Myaskovsky and Ustvolskaya produced together with the companies Melodiya, Art & Electronics, Symposium, Fone, Dynamic and Agora. In 2006 he recorded the complete piano works of Shostakovich on the Stradivarius label. In 2014 he was awarded the title of academician of the Musa international academy in Florence.