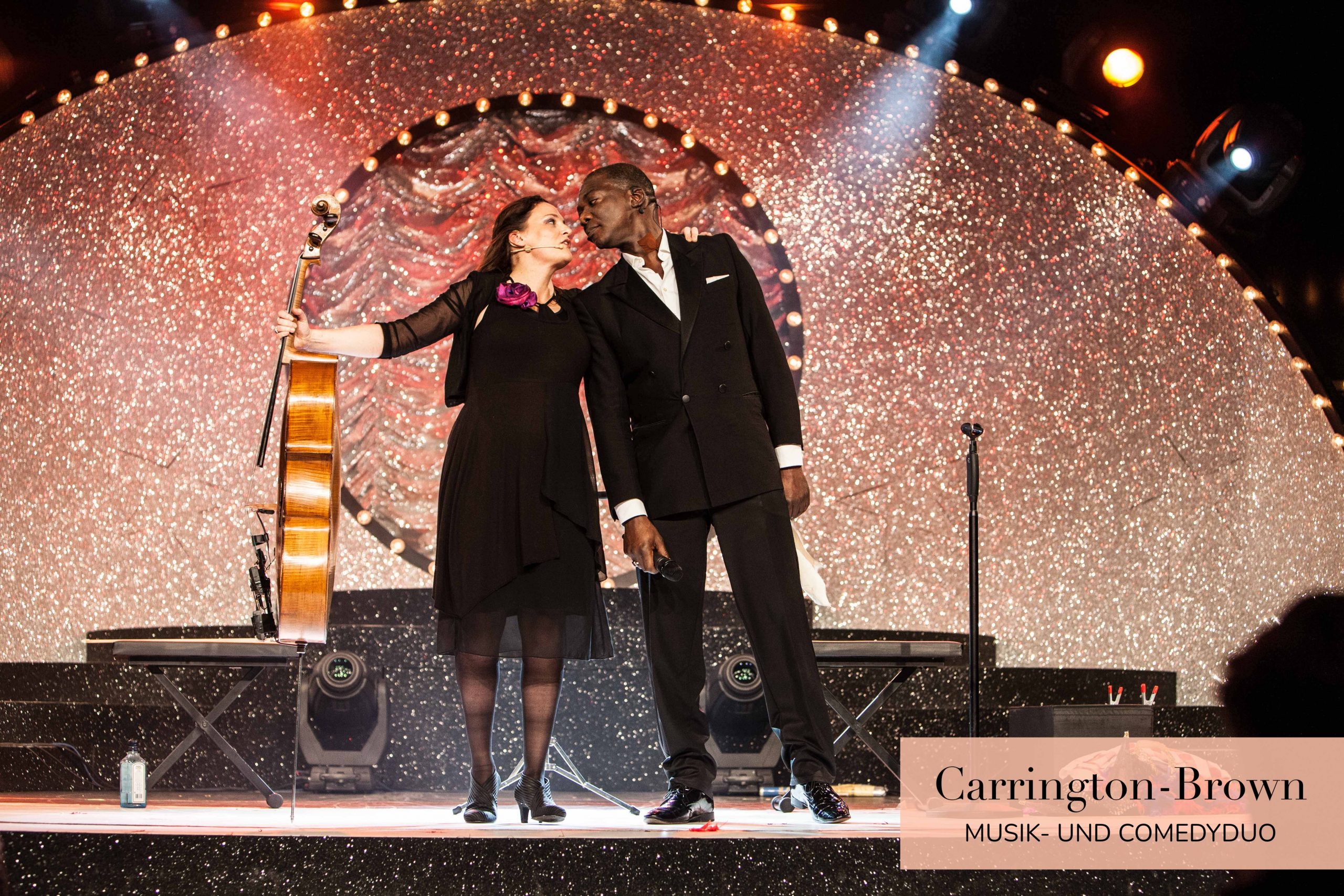 Classic, pop and humor meet at eye level. Musically at a high level.

Carrington-Brown is a multi-lingual, multi award-winning music and comedy duo that was formed in the UK in 2007. Combining their British humour and virtuosic musical talents, this unique pair creates a brilliant mix of music and comedy, which has been described as “Total Entertainment”.

Currently based in Berlin, they perform internationally. Countries include the USA, Canada, South Africa, Germany, Switzerland, Austria, France and the UK. They have also appeared on a number of high profile TV & radio shows.

Since their first show in 2007 they have written a total of eight shows together, including an orchestra show “Comedy meets Classics” and an Operetta, “Turnadot” for 2 people and a cello! The latter was commissioned by the Ludwigsburger Schlossfestspiele in 2019.

Every time we find it quite breathtaking and above all hilarious how Rebecca Carrington and Colin Brown turn classical music and the classical music business inside out before our eyes. And they do so with the utmost professionalism, incredible creativity and with the highest quality. Just great.

Founder and Chairman of the Kronberg Academy

I love that voice, I want to hear it again!

In February they were invited to appear on Britiain’s Got Talent for ITV in the UK. They have also been featured on many different TV shows in Europe, including an exclusive Arte Documentary, which was featured on Lufthansa inflight Entertainment and Euromaxx.

They have performed their show in such venues as the Concertgebouw Amsterdam , Köln Philharmonie, Tonhalle Zürich, Konzerthaus Vienna, Bonn Opernhaus, Olympia Paris and have performed in festivals such as the Avignon, Edinburgh, Cape Town Comedy, Rheingau and Ludwigsburger Schlossfestspiele.